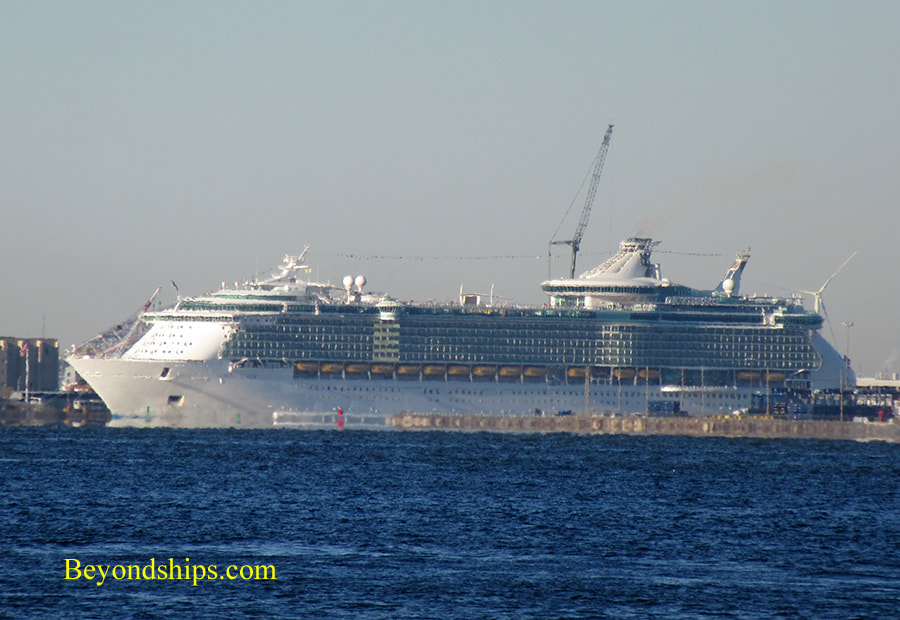 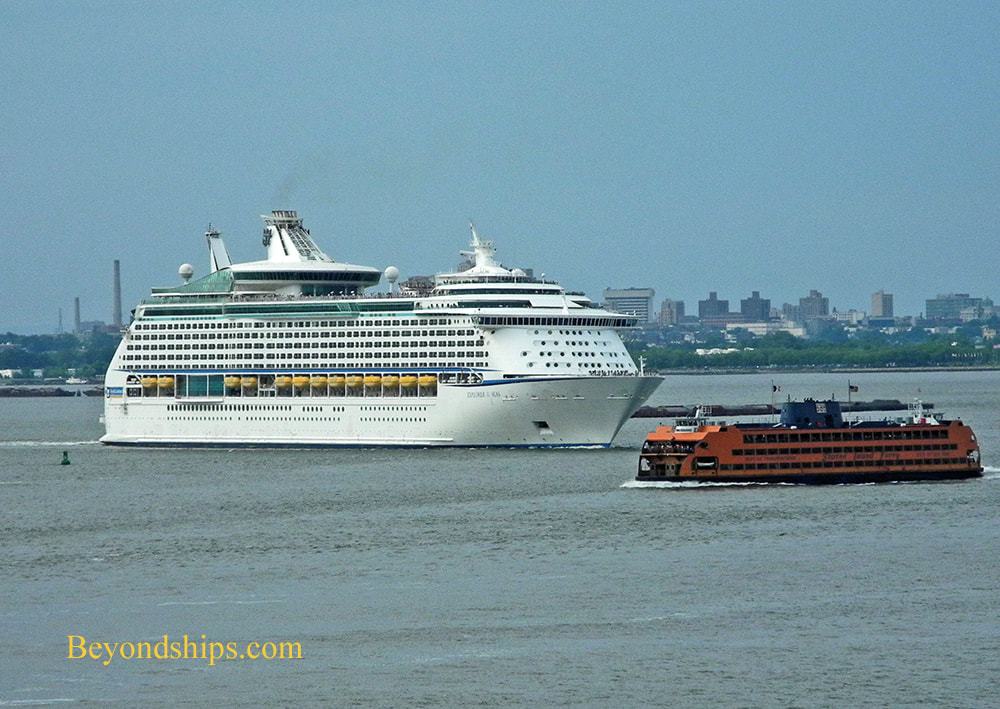 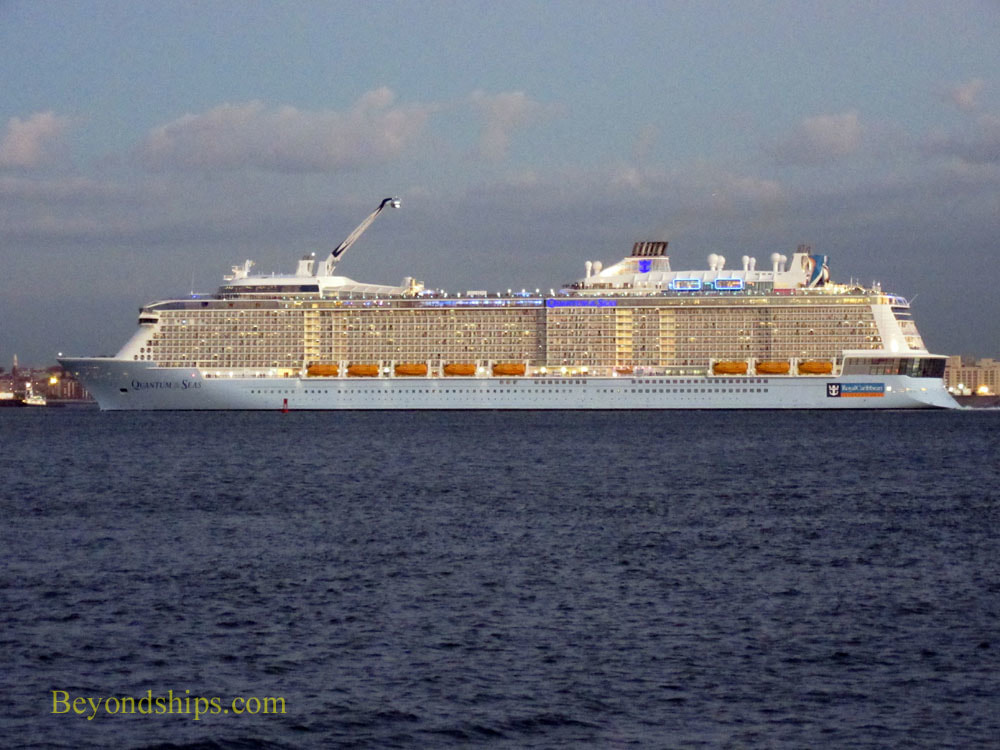 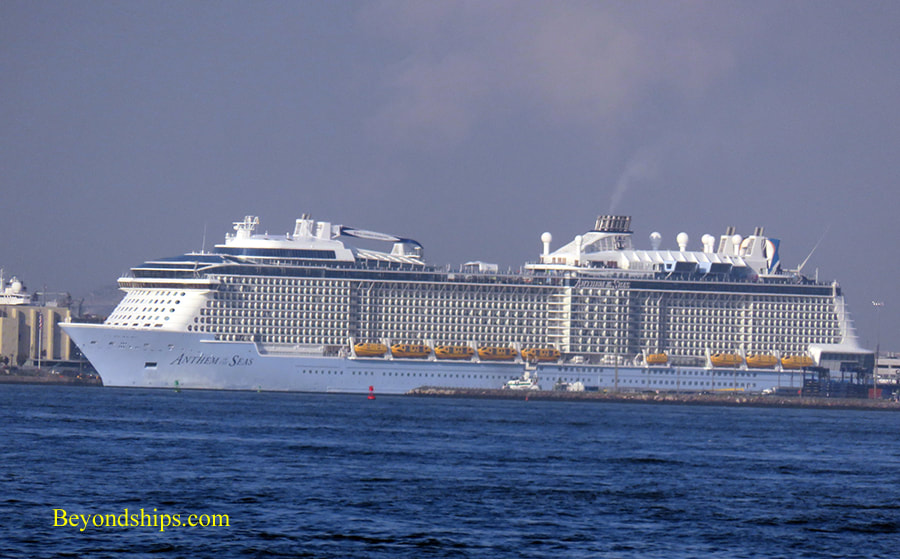 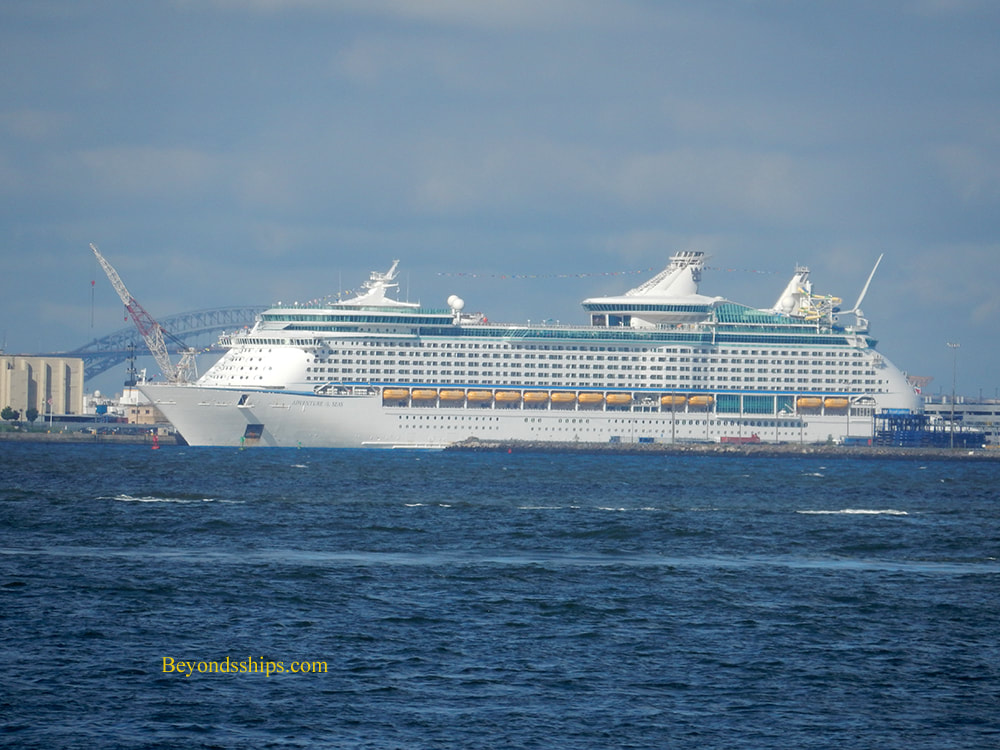 Above: Adventure of the Seas was named by New York mayor Rudi Giuliani not long after the 911 attacks.  She returned to New York harbor to sail a summer season in 2018 along with Anthem.
Below:  From time-to-time Royal Caribbean ships visit New York harbor.  Here is Vision of the Seas at Cape Liberty.