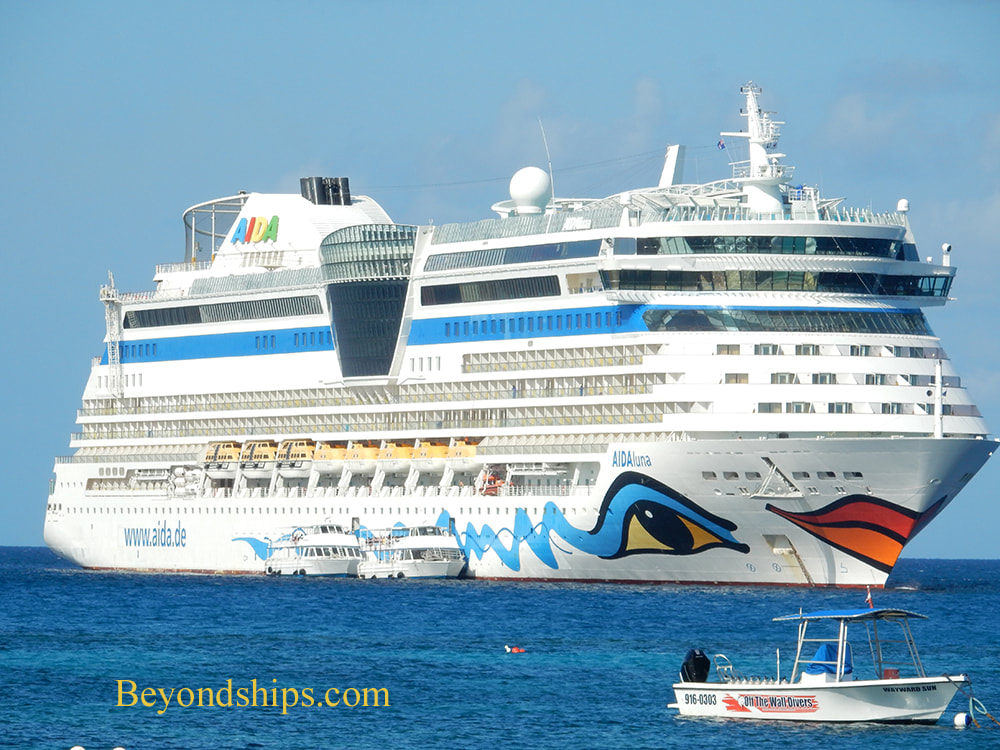 The other cruise ship in port was AIDAluna of German-speaking AIDA cruises. 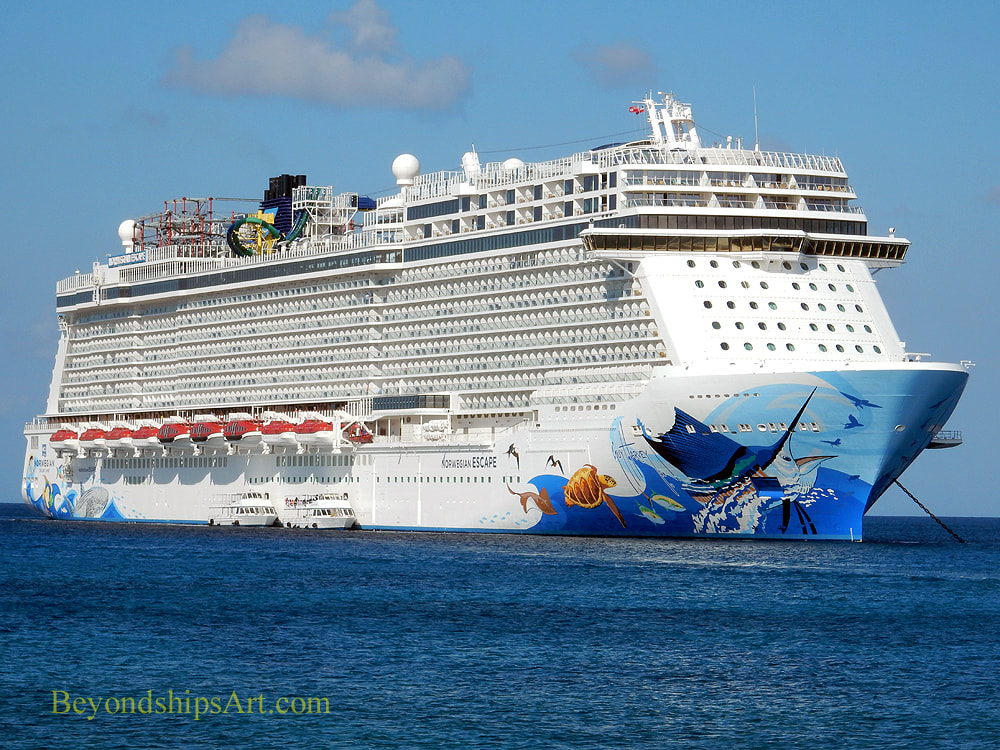 The bay at George Town is horseshoe shape so from the land you can get a view of the ships in the bay from three sides. 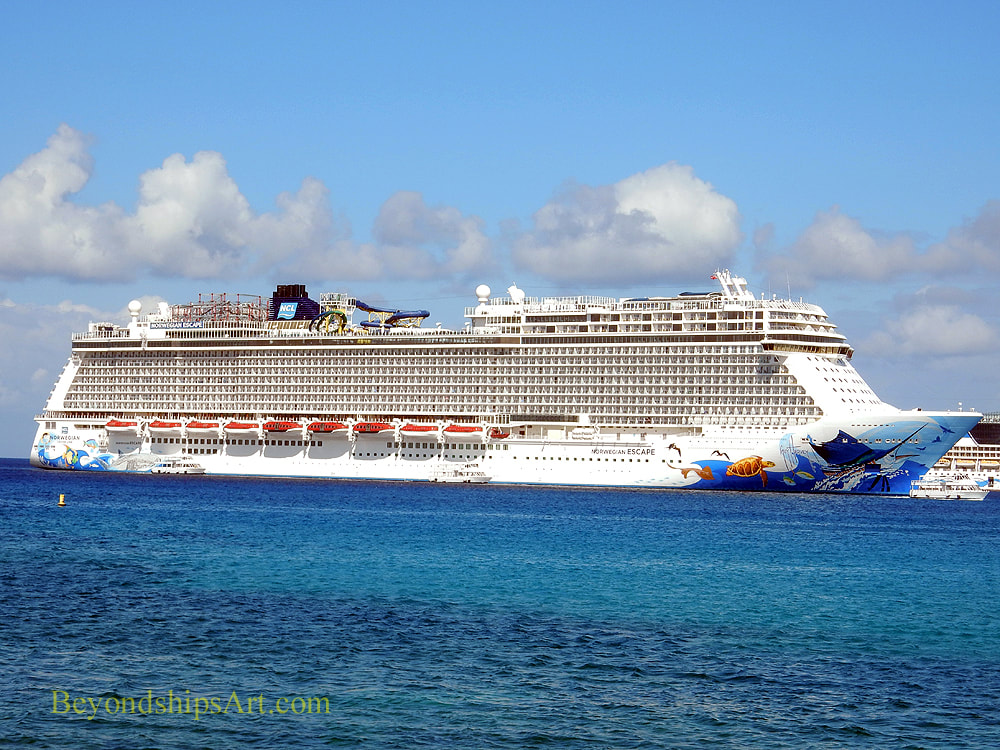 FOR MORE ABOUT CRUISING ON NORWEGIAN ESCAPE

Click here for our photo tour of Norwegian Escape