Marella Discovery is a survivor.  The COVID 19 pandemic hit the cruise industry hard and quite a few cruise ships ended their careers.  This included two of Marella Discovery's fleetmates Marella Celebration and Marella Dream.  However, Marella Discovery remains and is engaged in the line's restart.

The ship began her career as Royal Caribbean's Splendor of the Seas, a Vision class ship.  She came to be part of Marella Cruises through Royal's relationship with the German TUI Group.  Among TUI's holdings was Thomson Cruises, which served the British market using previously-owned cruise ships.  Some of the Thomson ships were quite old and to revitalize the line, TUI and Royal decided to transfer some of Royal's smaller ships to Thomson including Splendor of the Seas.
​
Following a multi-million dollar refurbishment, Splendor was renamed TUI Discovery.  After TUI's decision in 2017 to rebrand Thomson as Marella Cruises, the ship was renamed Marella Discovery. 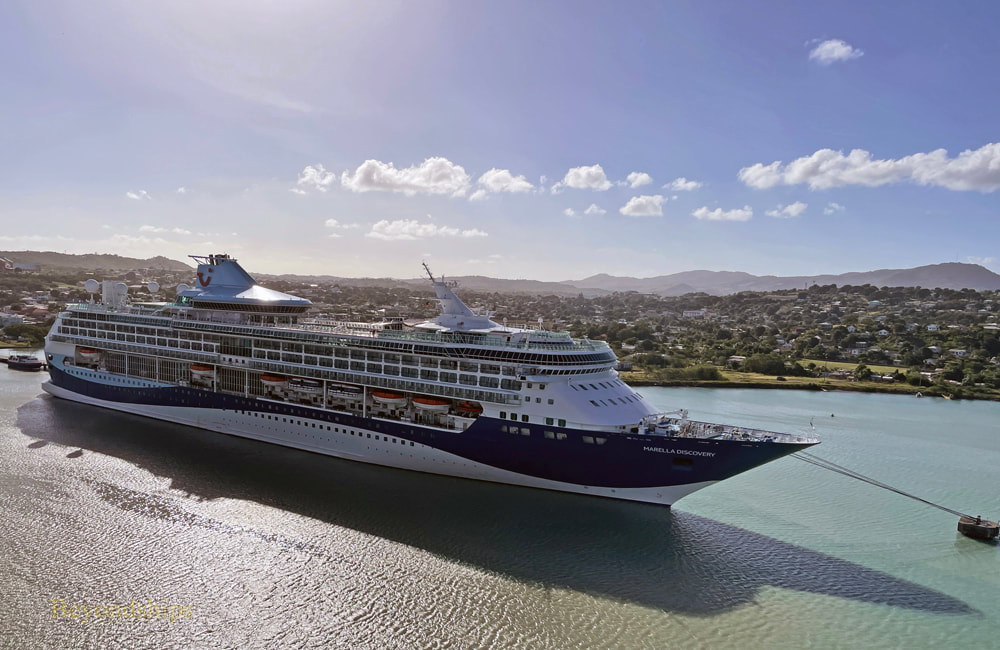