Queen Elizabeth 2 (QE2) home page
QE2 Fourth of July
QE2 In Bermuda
​QE2 in the Falklands
QE2 1000th voyage
​QE2 aground off Martha's Vineyard
Although Queen Elizabeth 2 (QE2) proudly flew the British flag, the ship traditionally celebrated United States Independence Day, a.k.a the Fourth of July.  After all, the ship had a large following in the United States and New York was her second home.

Naturally, the extent of the celebration was greater if the voyage encompassing the Fourth was out of New York.  Still, even when the ship was in European waters or sailing transatlantic, there was some form of celebration.  Typically, turkey would be featured on the dinner menu because, as we were told, "Americans do like to have turkey on their holidays."

The officers also liked to point out that American Independence was not the only reason for celebrating the Fourth of July.  It was also the anniversary of the first Cunard transatlantic voyage, which began 4 July 1840.

​In this feature, we look back at three Fourth of July celebrations on QE2. 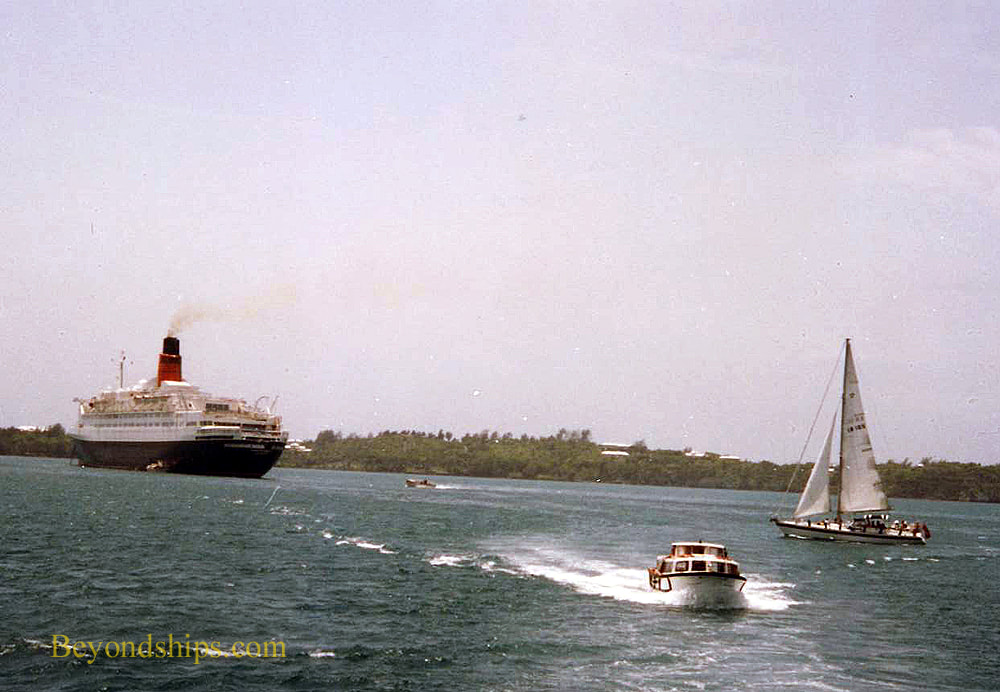