Norwegian Gem has been based in New York City for most of her service life.  Accordingly, on the occasion of her ninth anniversary of her entry into service, we present this pictorial of some recent images of Gem at home. 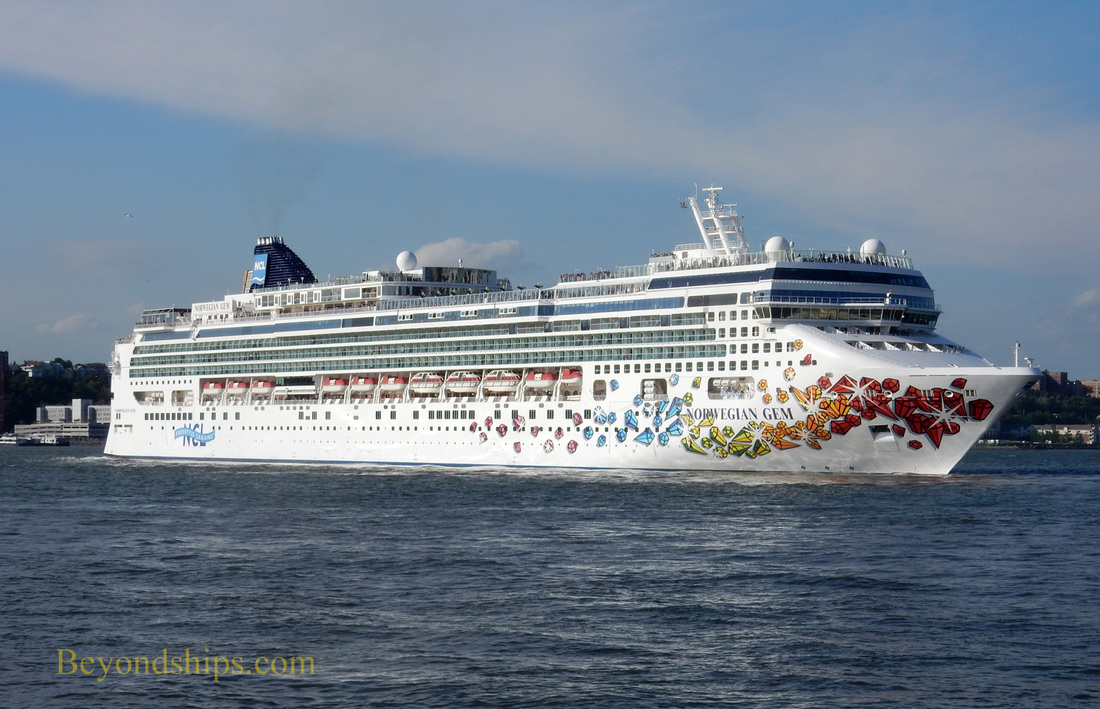 In mid-river, Gem makes a 90 degree turn to the south.  A quite powerful ship, Gem makes the turn without assistance. 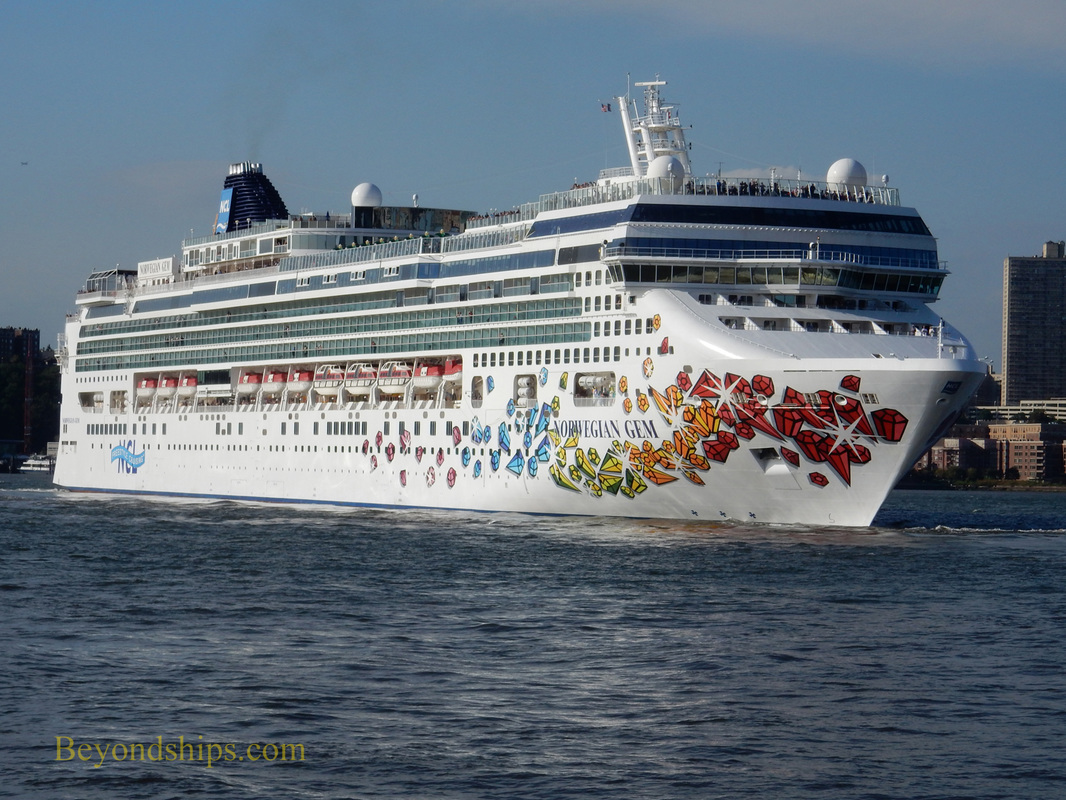 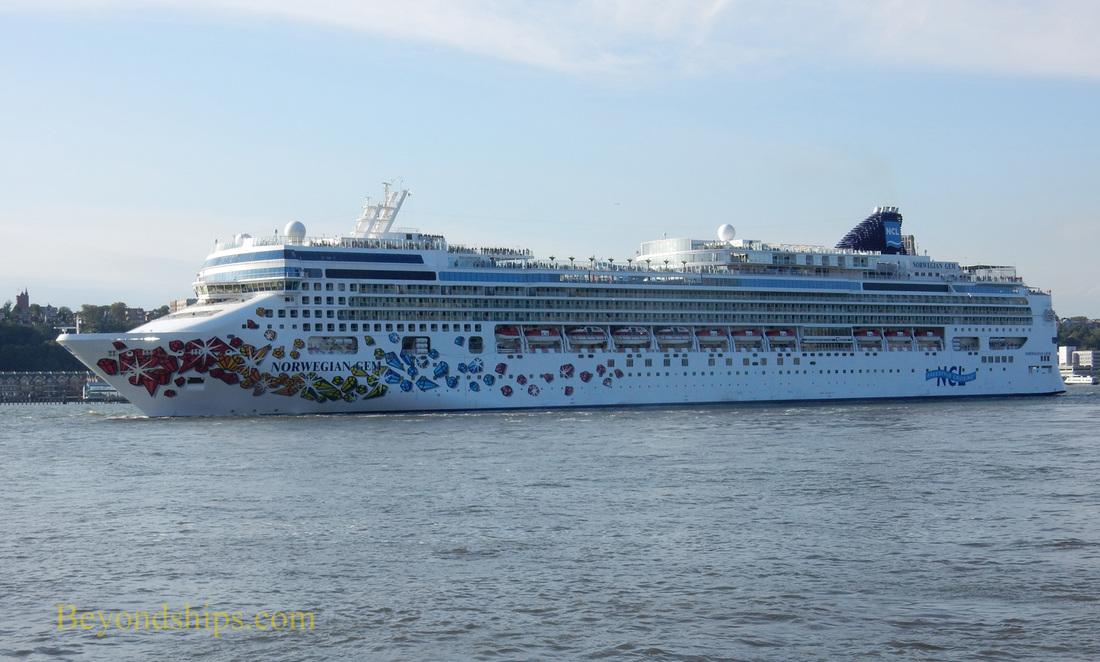 Having made her turn, Gem heads down river towards the sea.

​Below is a video of Gem getting underway and sailing from New York.
FOR MORE PHOTOS OF NORWEGIAN GEM