Halifax profile
In this feature, we see Maasdam in two ports: Halifax, Nova Scotia and Fort Lauderdale, Florida (next page).

Maasdam is no stranger to Halifax.  She has spent several summers and autumns cruising the waters of Canada and New England.  On this day, she arrives in port just at sunrise.

It is October, the height of the Canada and New England cruising season and so even though Maasdam has arrived early, two other cruise ships are already in port.  Regal Princess is in the process of docking and is blocking the main channel that leads to Maasdam's usual berth.  However, Maasdam is a relatively small ship and so rather than wait, she goes around Georges Island on the Dartmouth side of the harbor. 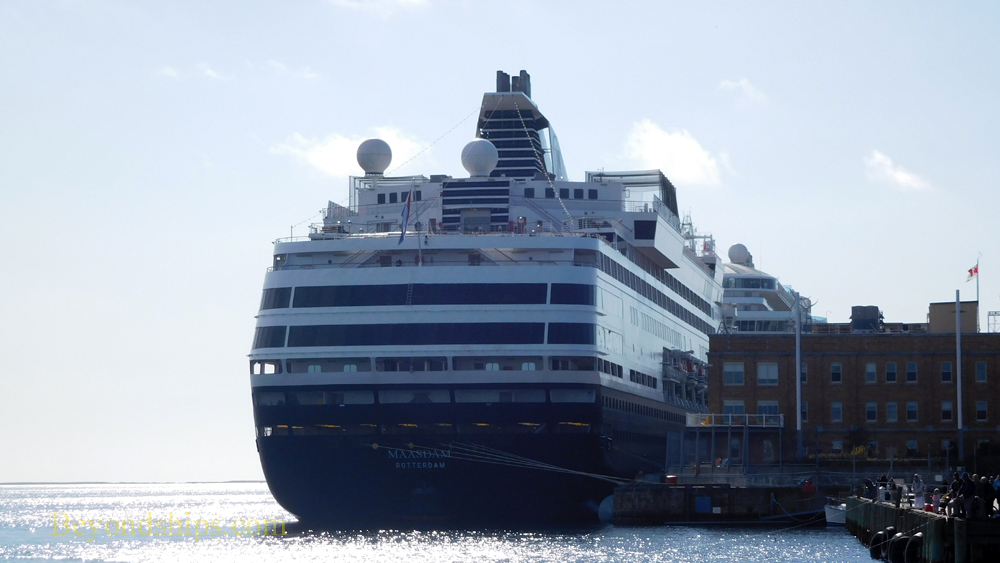 At times, the rain stops and the sky brightens as if the sun were going to come out. 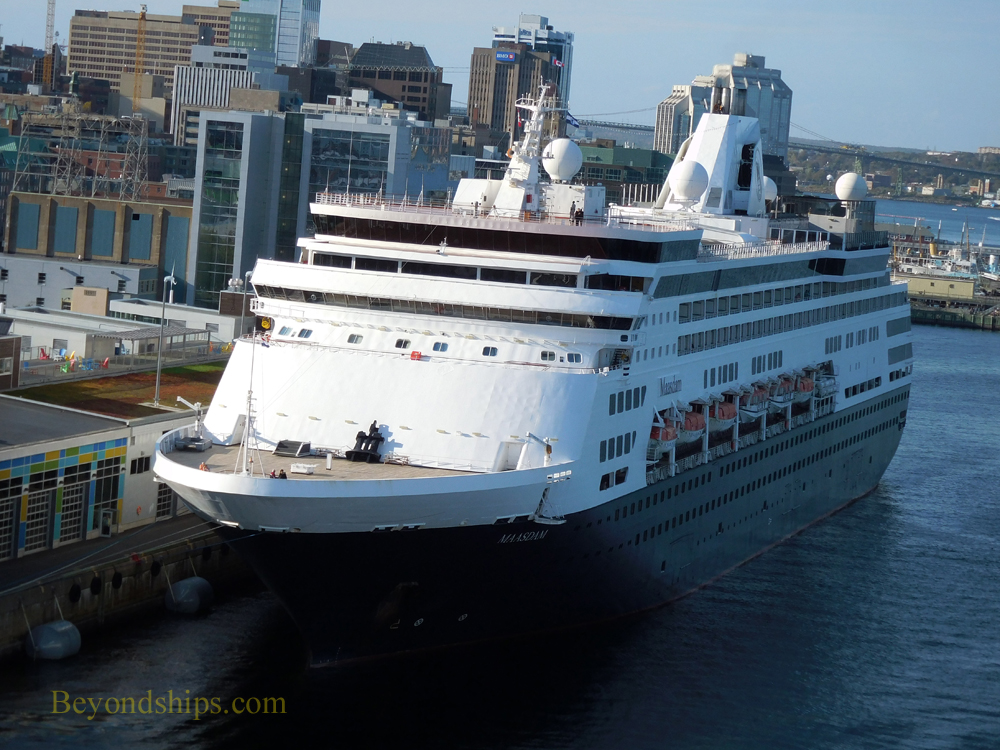