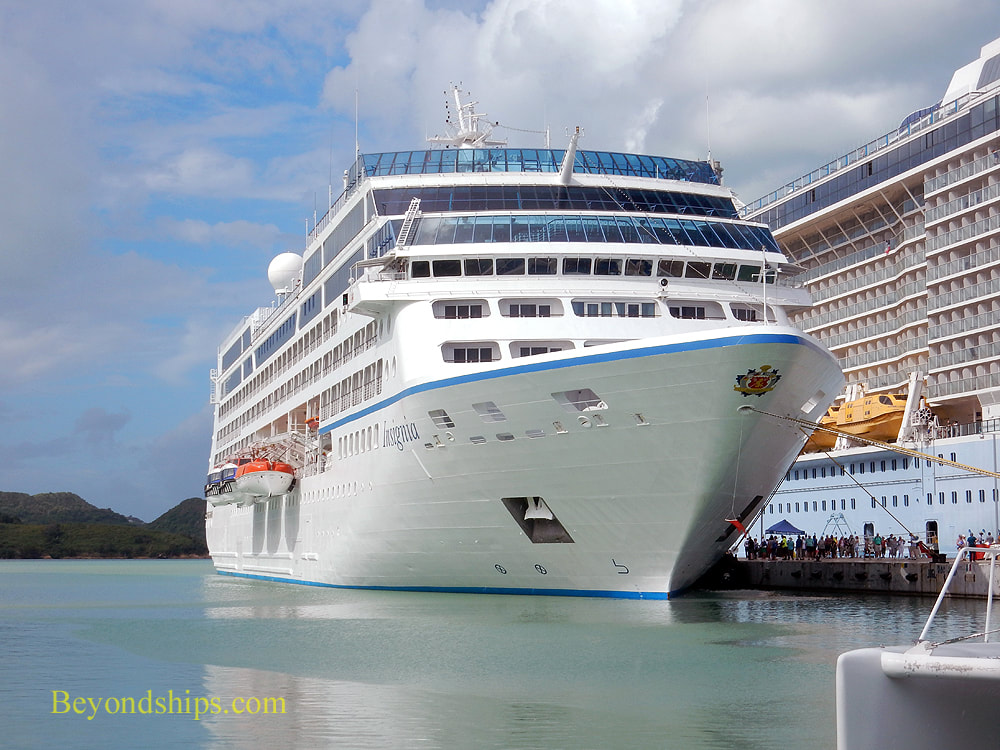 Insignia was originally one of the eight nearly identical "R ships" built for Renaissance Cruises.  Indeed, Insignia was R One.  When Renaissance went out of business, the sisters were scattered across several different cruise lines.  Now they have settled with four R ships sailing for Oceania, three for Azamara Club Cruises and one (Pacific Princess) with Princess Cruises. 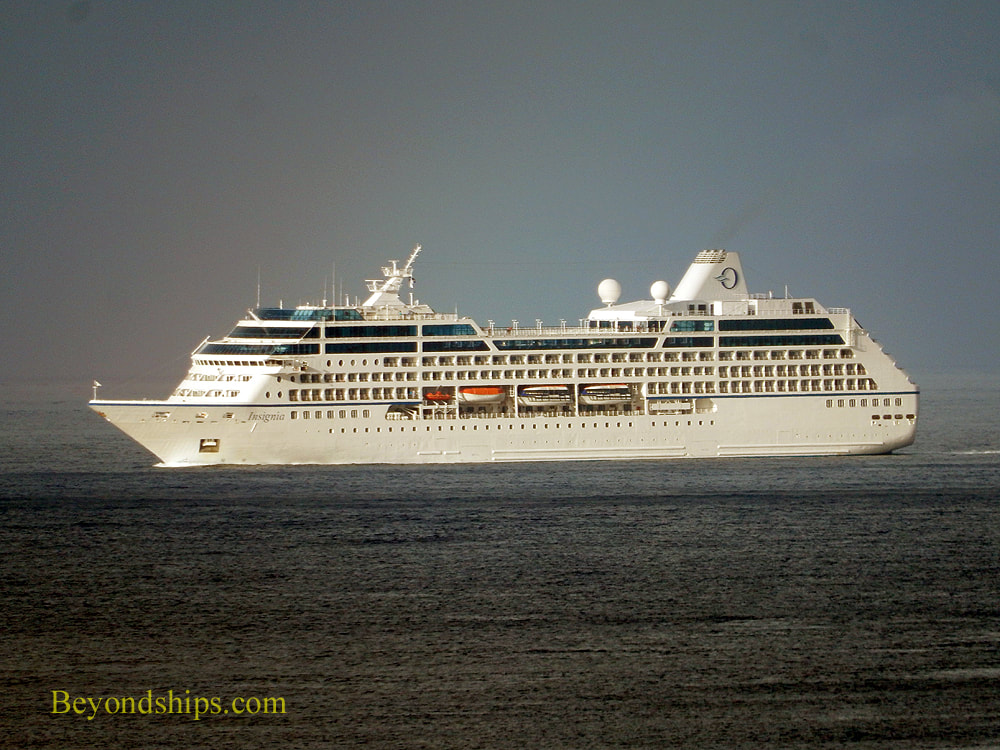 Later, we see Insignia at sea.
For more information about cruising on Insignia