Amsterdam Off Half Moon Cay 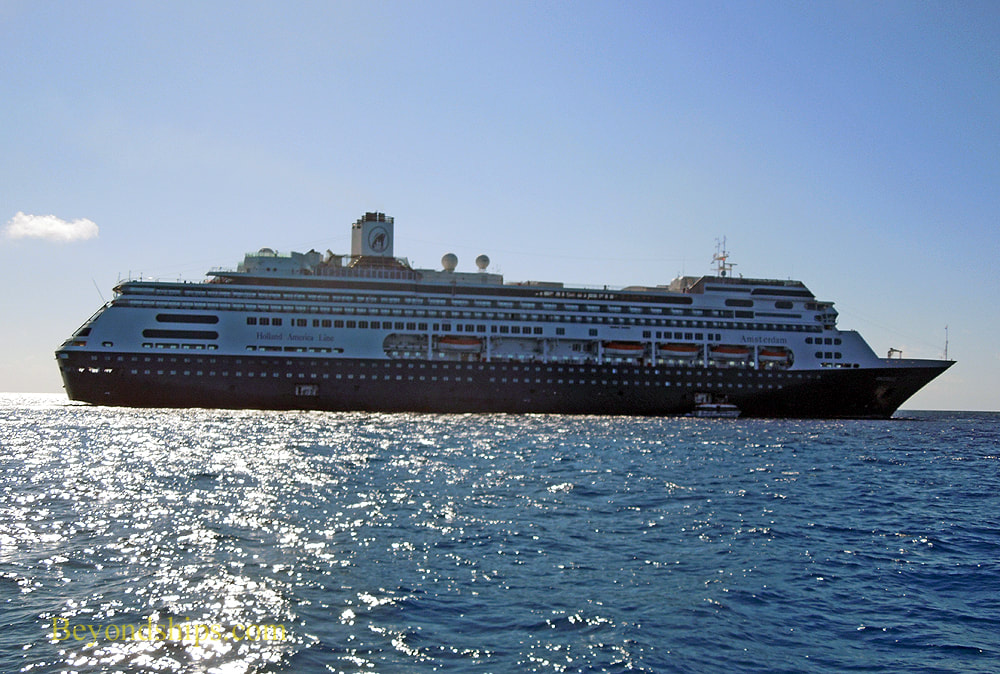 On July 16, 2020, it was announced that Amsterdam had been sold to Fred.Olsen Cruise Line.   This photo feature is presented in tribute to Amsterdam's years with Holland America Line ("HAL"). 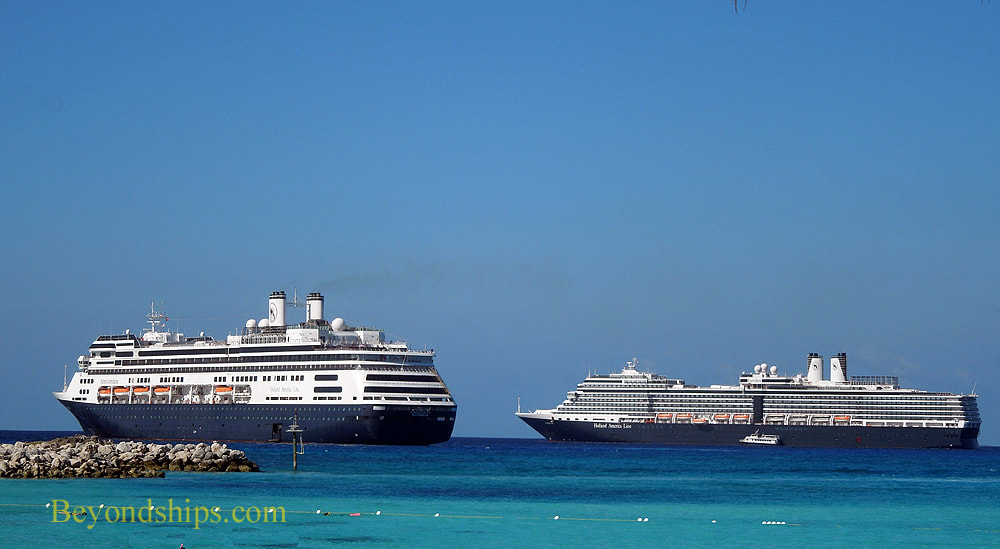 For many years, Amsterdam, along with her near sister Rotterdam, were the co-flagships of HAL.  In this role, Amsterdam traveled the world visiting exotic ports.  However, she also included more popular ports in her itineraries such as HAL's private island in the Bahamas Half Moon Cay.  On this occasion, she was joined there by her larger fleetmate Eurodam. 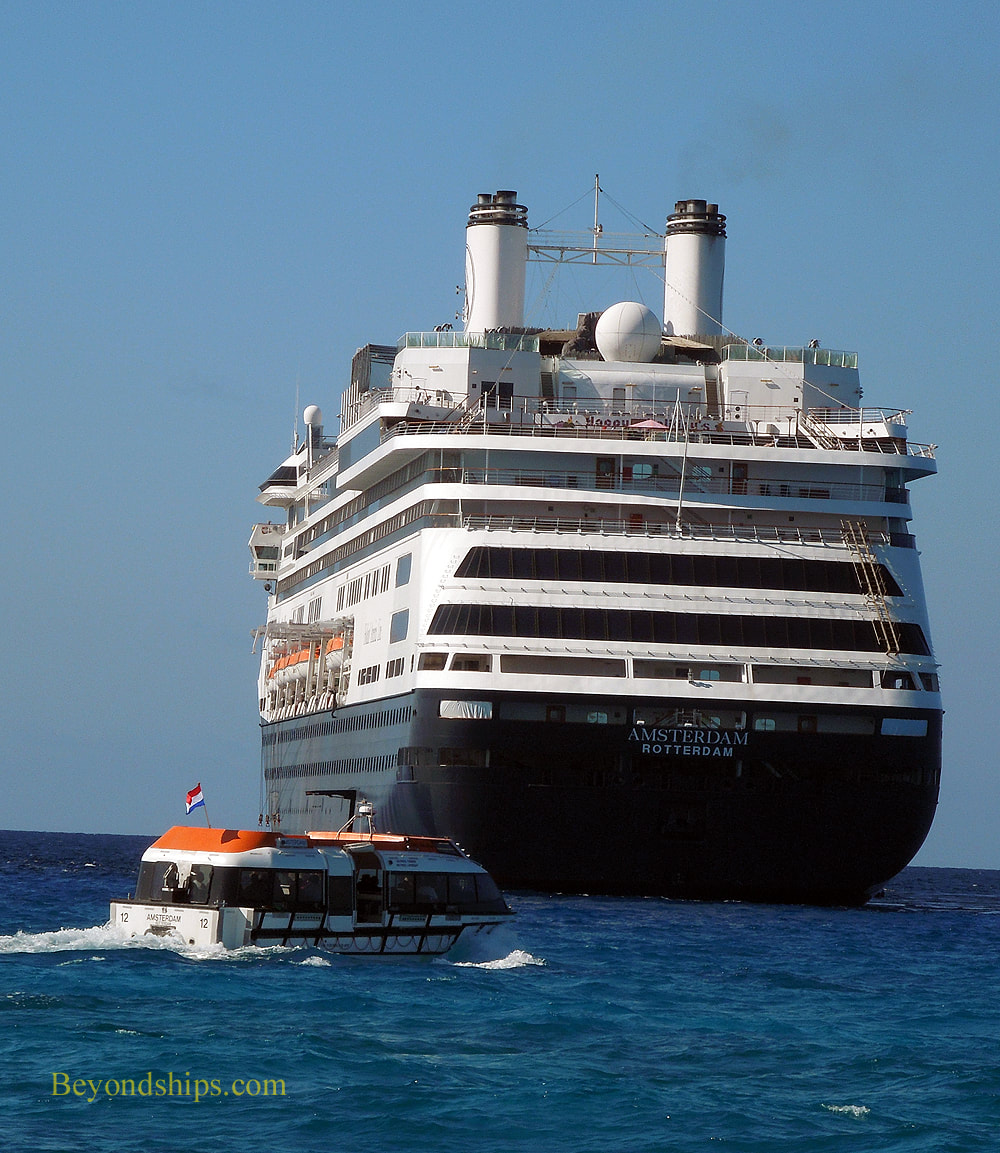 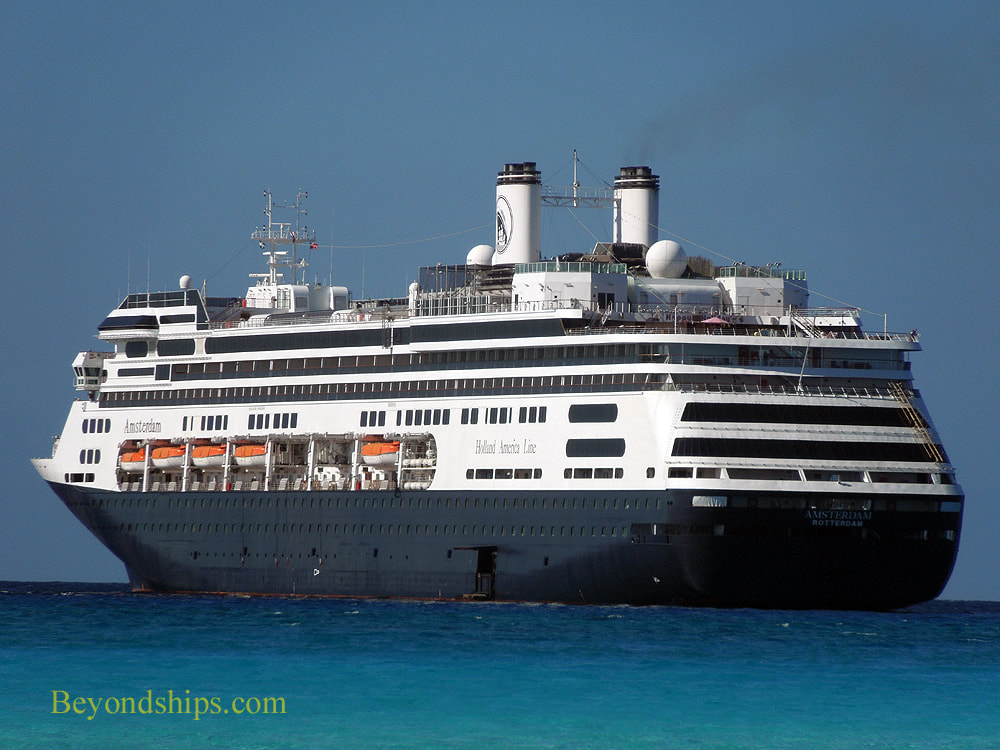 Although Amsterdam has the profile of a modern cruise ship, part of her popularity with HAL passengers was her traditional ocean liner inspired interior, which included a museum-quality art collection. 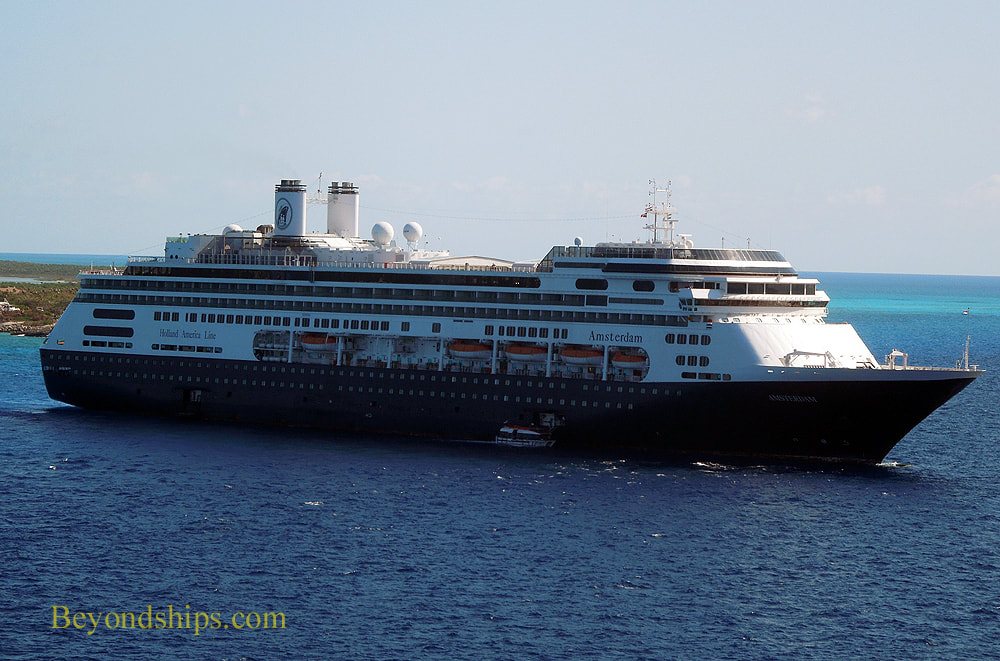